We start this recap in Japan which will be the same place we finish it with Pancrase 305, and then we have some interesting news bits to cover from Rizin and Deep Jewels.

Pancrase 305 was a really good card, I’ve been watching Pancrase since back in the day so I really enjoy their shows on a nostalgia level.

I’m going to put the full results up at AsianMMAPodcast.com so you can check that out there.

First I want to talk about the main event where we saw Isao Kobayashi unify the featherweight strap against a game intern champ Nazareno Malegarie. This was a 5 round banger that had me on the edge of my seat. 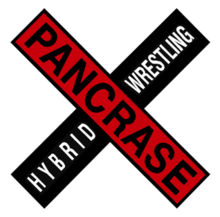 Today we look at the odd occurrence of so many fighters from big gyms outside of Asia are repping Evolve MMA when they fight in ONE Championship.

For those of you who don’t know Evolve MMA is a Singapore based gym founded and owned by Chatri Sityodtong.

Just in case you don’t know, that happens to be the same Chatri Sityodtong that is the founder, chairman, and CEO of ONE Championship.

Blaring conflict of interest aside,

We had two massive events this weekend with ONE Championships Enter The Dragon in Singapore and ROAD FC 53 capping off their lightweight tournament and awarding the million dollar prize.

Let’s start things off in Singapore with ONE Championship, which put together an amazing card.

And before I get into the fights from that night, I want to highlight Michael Schiavello calling the fight cage side for injecting some of the best Game of Thrones references and just slipping them in at the perfect time. It really added some fun audible moments.


Sage Northcutt suffered 8 facial fractures in his 29-second losing effort against Cosmo Alexandre in his ONE Championship debut.

Sage posted photos of himself in recovery on Instagram as well as a more detailed shot of the damage.

This whole announcement was def a head-scratcher for a lot of people. It came just a week after ONE made a big splash by announcing their new production studio that will create movies and shows for digital distribution.

On the surface, the underpinnings of the certification program seem reasonable for the most part. But the very first point causes pause…

There was a fair amount of action going on this weekend in Asian MMA focused around Thailand and Japan. We likely won’t see anything from Malaysia or Indonesia for a month due to Ramadan being in full swing and both of those being Muslim majority countries so just about everyone from there is fasting.

Let’s start off in Japan where we had DEEP 89 Impact go down,

This was a fun card that saw Satoshi Yamasu overcome early adversity to stop Daiki Hata and retain his DEEP Featherweight belt.

Hata came out strong, and was pressuring Yamasu throughout the first and had him in some serious trouble towards the end of the round.

ONE Championship Warriors of Light Recap with Leon Jennings from APMMA

On this special episode, I sit down with a friend of the show MMA journalist and founder of APMMA.net Leon Jennings to discuss what went down at ONE Championship Warriors of Light in Bangkok, Thailand.

Leon is in press row for just about every ONE Championship event and has a lot of great access to fighters and gyms so is always able to offer some unique insights.

In this episode, I sit down with Plai Jitinat the president of TMMAF the local Thai chapter of IMMAF.

We talk about the recent Asian Open Championships held in Bangkok, The role of IMMAF in global MMA, The Value of amateur MMA, The hot spots for fighters in Asia and how far MMA has come in Thailand over the past few years.

Before we get right into the fight action from the weekend, I’ve got to give a shout out to two fighters who have cut their teeth in the Asian MMA scene over the years and have been making some serious moves as of late.

First up a big shot out to Cole Smith who made a successful UFC Debut over the weekend. The Cole Train spent a lot of time training up in Chiangmai Thailand with Team Quest Thailand, under the tutelage of Dylan Fussell.

Cole cut his teeth in the Bangkok based promotion Full Metal Dojo, having an amateur fight under their banner, and making his pro debut with Thailand Ring Wars back in 2016.